The Atta-Mills Institute Has Come To Stay!!!

Home/News/The Atta-Mills Institute Has Come To Stay!!!
Previous Next

The Atta-Mills Institute Has Come To Stay!!!

He makes all things beautiful

As you’re teaching me your way

That you do just what you say

The soul-inspiring lyrics of the above song has not stopped reverberating deep inside my marrow since the day the Lord made things beautiful in His own good time and allowed me to lead my solid Team to lay the Foundation Stone for the Atta-Mills Institute (AMI), at our Maiden Seminar two weeks ago. 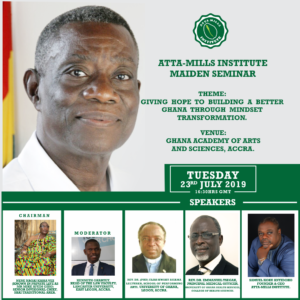 Indeed, God does make things beautiful in His own time and so seven years after his passing-on to eternal rest and celestial glory, the soul of the late President John Evans Atta-Mills must be resting in greater peace at the footstool of the Almighty Creator, after the establishment of the AMI to fly high his legacy and properly honour his flowery memory.

There could not have been a more auspicious day than, Tuesday, July 23, 2019, which was the day on which the Foundation Stone of the AMI was firmly anchored to our human existence at the plush Auditorium of the Ghana Academy for Arts and Sciences (GAAS).

The atmosphere in the Auditorium of the GAAS was stupendously electrifyingly magnetic and befitted the status of the man in whose honour the Event was being held.

For the records, it was the late President Atta-Mills who upon assumption of office as President, gave the GAAS its new and imposing Auditorium and Headquarters Complex.

The Ghana Academy of Arts and Sciences was setup in 1959 to be Ghana’s foremost centre for Learning by Ghana’s Founding President, Osagyefo Dr. Kwame Nkrumah, and it is not surprising that John Evans Atta-Mills, a product of the Kwame Nkrumah Ideological Institute, is the one who uplifted the image of the GAAS.

Time without number, the late President and I, would have endless conversations bordering on life after his Presidency, and I kept telling him that I would leave with him after his eight year tenure (that was my human line of thought) and help him run his Foundation/Institute in order to keep his legacy flying high.

I used to say to the late President “… sir, I will go with you just like Frank Agyekum has gone with President Kufuor so I can continue to serve you for as long as it will be possible …”; he would always respond “… are you sure you want to tie your political life to mine…?” 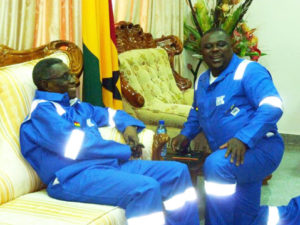 After the late President passed-on, it dawned on me that he must have known something I did not know hence his constant question of why I wanted to tie my political life to his.

If the late President had lived to see-through his eight years as Leader of the Republic of Ghana, his tenure would have ended on, January 07, 2017.

Were he still wearing his earthly gown of dust and clay, the late President would have done exactly two and a half years in retirement – and gallantly gliding into a third year.

Would I have kept to my word and walked the late President into his retirement?

A loud YES, shall be my answer now and always. 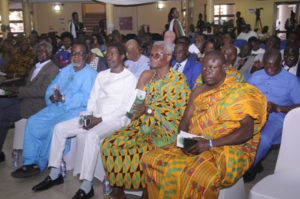 Actually, on Tuesday, July 24, 2012, at about 13.30 GMT, when President John Evans Atta-Mills stopped responding to the call of his human existence, I recall speaking to his lifeless body at the Intensive Care Unit of the 37 Military Hospital, saying, “… Sir, your body is gone but your soul is still alive so I pledge to remain committed to doing all I can by the kind Grace of God to keep your solid legacy alive, and tell your wonderful story to Ghana and the world …”

As I stood before the highly respected audience at the Auditorium of the GAAS, I dropped silent tears of joy as I thanked the Almighty Creator, for giving me the, fortitude, strength, wisdom, patience, resources, and understanding, to lead my TEAM to give birth to The Atta-Mills Institute.

Somewhere in the inner me; I could hear the voice of President Atta-Mills say “Koku, thank you very much for keeping to your word and honouring my memory; I shall never forget you nor forsake you because you have also not forgotten me nor forsaken me.  My son, God will richly bless you for what have done for me and continue to do for me”.

The Almighty God, who knows the hearts of men, knows that Koku Anyidoho did not set up the AMI for FAME nor FORTUNE!

The AMI has been established solely to keep the RICH and GLOWING legacy of John Evans Atta-Mills alight and alive all over the world till the second coming of Christ.

As a, Teacher, Lecturer, Inspirer, Sportsman, Sports Administrator, Tax Expert, Reformist, Transformational Leader, Pacifist, Politician, Statesman, President, Father, Husband, Man of Deep Faith, the John Evans Atta-Mills legacy and story stands immensely tall and must be, and shall be told atop the mountains and in the valleys. 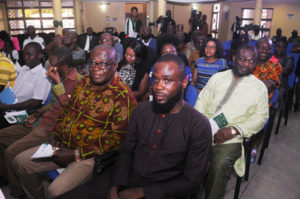 As the lyrics of Achimota School (the alma mater of both President Atta-Mills and myself), anthem has it “From Gambaga to Accra, from Wiaso to Keta …”;

The AMI says that, from Ekumfi to Tanyigbe, from Cape Coast to Anyako, from Accra to Addis Ababa, from Accra to Moscow, from Legon to London School of Economics, … from Ghana to all parts of the world, the Atta-Mills legacy shall fly high the memory of a Great Leader and Silent Warrior.

I take humble pride in what I have led my solid TEAM to achieve because I was certainly not the, runt of the litter, amongst the persons close to the late President and have more than enough locus to do what I have done.

Indeed, I was one of the “toe-holders” of the late President and I am wearing that badge boldly on my chest for serving His Excellency John Evans Atta-Mills, with, PASSION, INTEGRITY, LOYALTY, HONESTY and DEXTERITY. 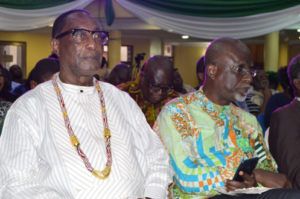 Given the opportunity, will Koku Anyidoho serve President Atta-Mills again?

I shall do so a million times without batting an eyelid because he was a good man with a good heart and he really held my hands along a significant portion of my journey in this fleeting earthly existence of humankind.

The Atta-Mills Institute has come to STAY, and we thank all who made it possible for us to have our first formal Event.

May God Almighty be our HELPER in all we do! 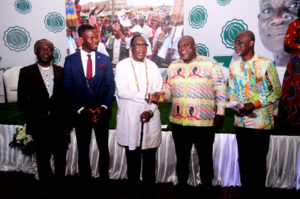