The Founder and Chief Executive Officer (CEO) of the Atta-Mills Institute, Mr. Koku Anyidoho, has stated that the institute was not founded to pursue mainstream politics but to serve as an avenue to promote civic education towards enhancing the democratic output of the citizenry. 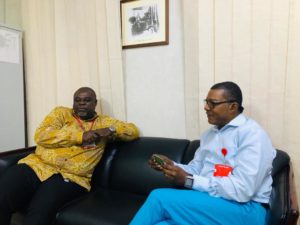 In that regard, he said the main agenda of the institute would be to complement the efforts of the National Commission for Civic Education (NCCE) towards sharpening the roles, duties, obligations and responsibilities of the Ghanaian within the national political space.

He said the focus, therefore, of the Atta Mills Institute was geared primarily towards building Ghana rather than engaging in the kind of politics that promoted disunity and distraction from core nation-building goals.

Mr. Anyidoho said this when he paid a courtesy call on the Editor of the Daily Graphic, Mr Kobby Asmah, in Accra. 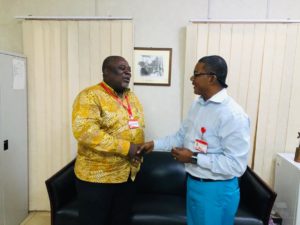 Apart from using the visit to congratulate the Editor on his recent appointment and wishing him well, Mr. Anyidoho used the opportunity to shed more light on the aims, objectives, and vision of the institute.

He was full of praise for the Daily Graphic for the manner in which it had provided extensive coverage for the institute’s activities and promoted civic education over more than two and a half decades of democratic governance in the country.

He described the Daily Graphic’s role in deepening the democratic experience of the country as legendary and expressed the hope that going into the future, the newspaper would not rest on its oars.

The Editor of the Daily Graphic, Mr. Asmah, for his part stressed that the legacy of late former President Mills could not be left to die.

He recounted that as President, he was a father for all and that was a laudable attribute that endeared him to Ghanaians from all walks of life.

In light of that, he observed that Mr. Anyidoho’s effort to put together the institute was a step in the right direction. 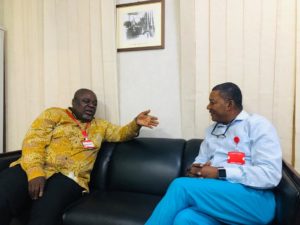 Mr Asmah, therefore, entreated the leadership of the country and all corporate institutions, as well as well-meaning Ghanaians, to buy into what had been initiated for the late President, saying that even though he did not live long enough, he left an unquantified legacy and that his name could not be taken from the history of the country.

“The goodwill is there and with proper stakeholder engagement, you will go far,” he added.

He reiterated the fact that the Daily Graphic would not relent in supporting any worthy cause that promoted the national agenda and that would accelerate the development of the country.