The 21st of July, 1944, was the date on which the late President John Evans Atta-Mills was born – and the Atta-Mills Institute (AMI), has made the day, a Special Events Day, on the calendar of the Institute.

Were he alive, President Atta-Mills would have turned 77, and as was the norm, would have chosen to spend the day extending a warm hand of help and support, as well as touching the hearts of the less privileged in society.

Following in the tradition; the Founder and CEO of the Atta-Mills Institute, Samuel Koku Sitsofe Anyidoho, led a Team, to make some donations to the YOA Disability Foundation, based in, Dansoman, Accra.

The YOA Disability Foundation, which has its headquarters at the premises of the Resurrection Power and Living Streams Ministry Church in Dansoman, supports children suffering from Cerebral Palsy.

According to the Founder of AMI, the legacy of President Atta-Mills ought to be preserved hence the decision by the Institute to always reach out to the less privileged on 21st July since its inception in 2019.

The items, which included, foodstuff, toiletries, diapers, detergents among others, were received on behalf of the Foundation by Mrs. Benedicta Oduro, one of the Lead Coordinators of the Foundation.

According to her, the COVID-19 pandemic has adversely affected the operations of the Foundation and so the AMI’s visit/donation cannot be underestimated in any way.

Mrs. Oduro spoke with lots of appreciation and passion because the Foundation, apart from supporting the children, also supports the mothers of the children because they apparently suffer a lot of stigmatization.

Mr. Koku Anyidoho assured the YOA Foundation that AMI, after engaging face-to-face and seeing the enormous job being done; will work hard to spread the story of the Foundation and also help seek support from individuals and organizations.

The joy on the faces of the mothers and the positive mood of most of the children was an obvious indication of the extent to which the donation touched their hearts with a deep sense of appreciation.

Cerebral Palsy (CP), is part of a group of disorders that affect a person’s ability to move and maintain balance and posture. Cerebral Palsy attacks in childhood and affects parts of the brain as well as causes weakness in the muscles. Symptoms of CP include exaggerated reflexes, floppy or rigid limbs, and involuntary motions. 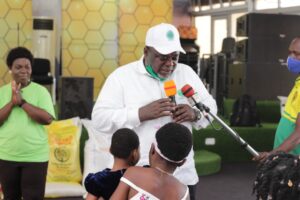 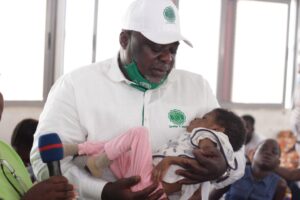 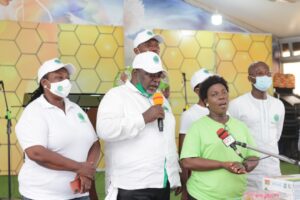 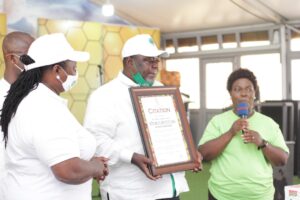 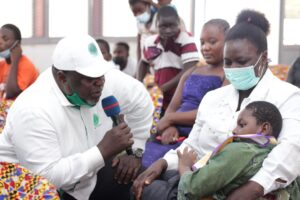 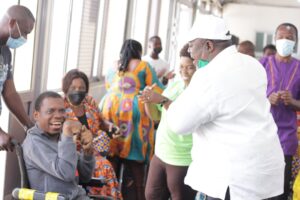 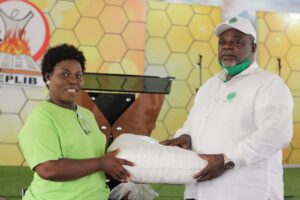 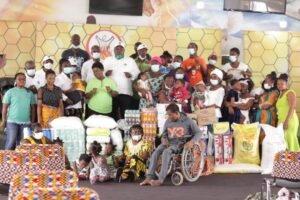 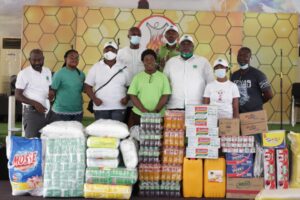