Founder and President of the Atta-Mills Institute, Samuel Koku Anyidoho, has highly commended the School of Sports & Exercise Medicine (SSEM), of the University of Health and Allied Sciences (UHAS), for the brilliant collaboration with the National Sports Authority (NSA), in establishing the foundation for the use  of science and data,  as the necessary bedrock for Ghana’s future sports development. 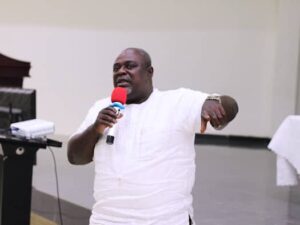 SSEM and NSA last Friday, November 06, 2021, organised a “Scientific Workshop For Sports Administrators And Coaches”, at the Cedi Auditorium of UHAS.

Koku Anyidoho, who was the Guest Speaker, praised UHAS for growing and glowing in stature since its establishment in 2011 by the late President John Evans Atta-Mills. 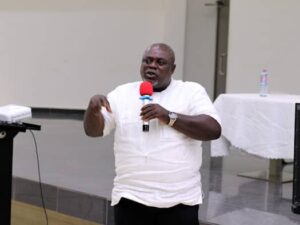 According to the President of the Atta-Mills Institute, the path that UHAS is walking; is precisely what President Atta-Mills envisaged.

Accordingly to Mr. Koku Anyidoho, it is very obvious that “juju and tricks” no more win medals – and that, the only way for Ghana to stand on the podium of medals at international sporting events, is for a comprehensive scientific and data driven approach to be adopted without fail.

“We have to be honest as a nation and accept that until we follow the path of a determined comprehensive scientific approach to Sports development, the flag of the nation will not fly high as far as winning medals is concerned”.

“…And when we talk about Sports, it must not be limited to football”.

According to Mr. Anyidoho, the nation abounds in talents but because we have not really applied science, lots of such talent have gone to waste. 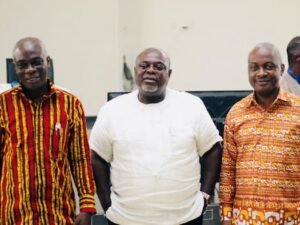 Koku Anyidoho pledged to support the advocacy for enhanced attention to all sporting disciplines – not only football.

Koku Anyidoho, who among other things, is also very knowledgeable in sports administration, thanked UHAS for recognising the effort of President Atta-Mills in setting up the University, and also for accepting the presence of the Atta-Mills Institute at such a historic event.

Coaches and Sports Administrators drawn from across the country and belonging to various sports federations, participated. 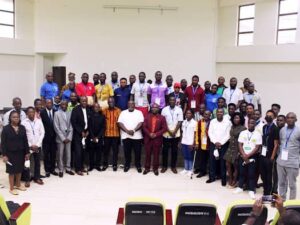 Other Speakers were, Professor Peter Twumasi, CEO of the National Sports Authority (NSA), and Professor Eric Twumasi, Dean of the School of Sports and Exercise Medicine. 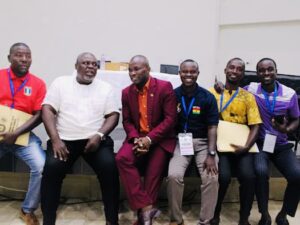